Dr Jack Bartel is a transgender behavioural health specialist currently practising in Florida. He has an undergraduate degree from the University of C...

Dr Jack Bartel is a transgender behavioural health specialist currently practising in Florida. He has an undergraduate degree from the University of C...

Anna and Jen are co-founders of a brand new app for the LGBTQ community centred on friendship rather than dating. Anna is a visionary business leader ...

TJ Alexander is an amateur baker and author originally from Florida with an MA in writing and publishing from Emerson College in Boston. TJ's new book...

Jonathan Alexander is originally from New Orleans and is a widely published cultural journalist and author, he is the Chancellor's Professor of Englis...

Betsy Cerulo is a gay business leader and co-founded the Maryland Chamber of Commerce as well as the Maryland LGBT Foundation. Her new book 'Shake It ...

Gay music artist Harrison Barnes released his first music in 2020. He was born and raised in South Carolina and currently performs as a professional d...

On this episode Sam is joined by Jenee Arthur, co-host and creator of the 'Daughter-Father Dance' podcast which features funny, frank and fraught conv...

Felix Fern from Trans Activism UK joins Sam to talk about the ongoing situation in the U.K. as transphobic rhetoric from government and media continue...

In this episode we look at a turbulent week of transphobia in the UK which has transphobic talking points echoed by top figures in the UK government i...

Transgender actor and author Alexandra Billings joins Sam to talk about her new memoir ‘This Time For Me’. The memoir has been described as a celebrat... 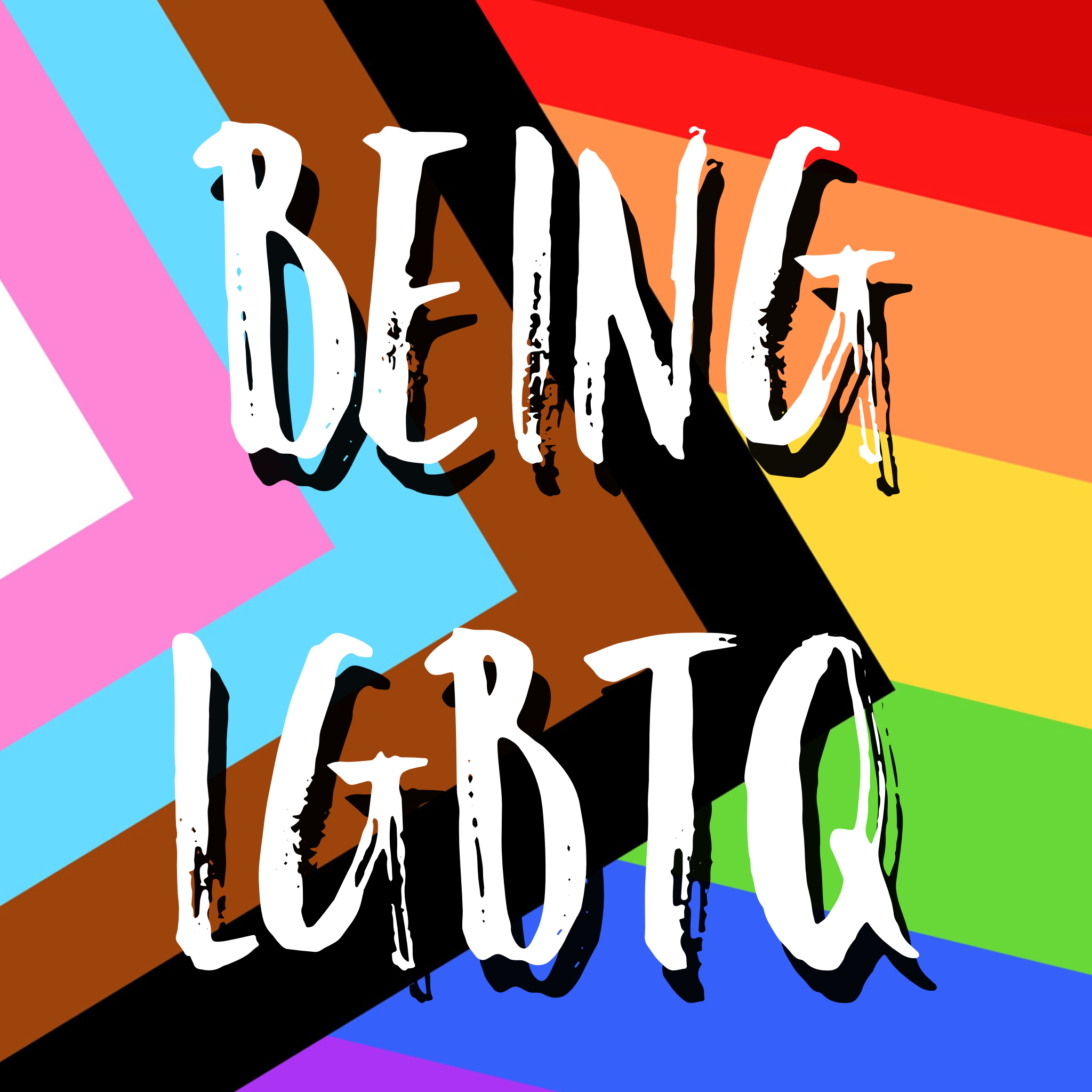 What are we all about?

Being LGBTQ features interviews with people from across the community. Striving to give a platform to those who feel underrepresented, within it we discuss the latest issues impacting the community, amplify the voices of LGBTQ people, sign post you to the latest LGBTQ music artists and much more. Hosted by LGBTQ advocate Sam Wise, Being LGBTQ is informative, friendly and accessible to all.

Being LGBTQ launched on February 1st 2019 hoping to deliver a podcast full of diversity, tackling hard hitting issues while also offering a spark of fun and entertainment. The World can be a dark place and with the current political climate it's important not to forget the challenges LGBTQ people face but to also not forget the joy that still exists in the world.

Within the first week the Twitter page for Being LGBTQ had already exceeded 1,000 followers and the LGBTQ community were on board with the goals of the podcast. We've tackled issues including mental health, living as a non-binary person, bisexuality, being Muslim in the LGBTQ community, STI stigma, growing up transgender and much more, cementing our commitment to diversity.

In April 2019 after just 2 months of being produced the podcast was nominated for 'Best Inclusive Media Outlet' at the North East LGBT Awards. Though the podcast did not win, it was a massive honour and a huge achievement after such a short time.

Fast-forward a year to Mid-2021 and Being LGBTQ now reaches thousands of people per week, has a combined reach of over 18,000 followers across social media and had produced over 140 episodes.

In August 2021 podcast hosting platform Podomatic announced Being LGBTQ as the winner of its Amazon Music competition, as a result the podcast was featured in Amazon's 'get inspired' category alongside Oprah Winfrey marking a major milestone in the podcasts history. In October 2021 as part of the same feature Being LGBTQ was featured on a billboard in Times Square, NYC for a week long period.

The podcast is produced and presented by Sam Wise (he/him) who is a gay Journalist and LGBTQ advocate from Sunderland in the United Kingdom. Sam has a background in journalism and graduated from the University of Sunderland with a bachelors degree in Broadcast Journalism in 2013.

During his time at University Sam presented a radio show on Spark Sunderland 'Being LGBT' so the podcast is in a way a relaunch of that project, which won 'Best Speech Programme' at the Universities end of year awards.

Since then Sam has worked as a Social Media Consultant and does part time media work for a Care Home operator, including producing their monthly newsletter. He graduated Birmingham City University with a masters in Social Media in 2018. In January 2019 he started his latest advocacy work, setting up an LGBTQ supporters association at his local football club, which ran for one year and was the first of it's kind at Sunderland AFC. Sam moved on due to professional differences with the club and a toxic fan base he felt was not ready for change.

In 2020 Sam decided to focus his LGBTQ advocacy and activism to the Being LGBTQ podcast, garnering a strong listener base and having the privilege of interviewing personalities from across the LGBTQ spectrum.

Sam is an avid Star Wars fan, he supports his Dads childhood football club Wolverhampton Wanderers and has a strong passion for human rights. Always outspoken his opinionated nature can get him in hot water but his intentions are always out of a sense of standing up for the persecuted.

Thanks for contacting us! We will get in touch with you shortly.

You're on the list, good choice - thanks for subscribing!